I wrote previously about James Bond entering the public domain in Canada.

I love the idea of work in the public domain – I’ve actually read a number of Ian Flemming’s books since they’ve come out of copyright, I’ve read more of George Orwell, and I’m currently reading a book about the history of rocket fuel.

In Canada, a work enters the public domain 50 years after the author’s death – the MPAA is looking to get this extended to 70 years according to a recent article by Michael Geist:

“The MPAA also wants Canada to extend the term of copyright to life of the author plus 70 years from the current standard found in the Berne Convention of life of the author plus 50 years. It argues that the “extension of the term of protection for copyrighted works has a direct benefit to the creators of these works, as well as consumers.” It does not mention that the creators are long since dead, that consumers face higher prices with term extension, and that the change would lock-down the Canadian public domain for two decades.”

The Government of Canada is soliciting views from Canadians by email at NAFTA-Consultations-ALENA@international.gc.ca or on the web.

Here’s what I submitted:

I am opposed to extending copyright to life + 70 years.

At 50 years protection is already ample – a creator’s children, and their children, already directly benefit from royalties collected from a copyrighted work.

The public benefits immensely from work entering the public domain:

Works locked up in copyright, particularly out of print, remain trapped and inaccessible.

I stumbled on an interesting article, Copyright quirk leaves James Bond up for grabs in Canada, in the Globe and Mail the other day.  In Canada, copyright expires 50 years after an author’s death.  Ian Fleming died in 1964, which means his James Bond series of novels have become a part of the public domain in Canada.

Copyright is granted to allow content creators to receive compensation for their work, providing an incentive to create original work.  Many (myself included) would argue that 50 years of protection is ample – if I died tomorrow, my children, and their children, would directly benefit from any royalties collected from my work though my estate.

In Canada, one can now create their own modern take on the James Bond character and novels, without getting permission or paying royalties to the rights holders (note that this does not include the movies).

The Bond books themselves can now be redistributed freely in Canada. Project Gutenberg is an organization that digitizes and distributes public domain texts – the works of Mark Twain, Jane Austen, and Sir Arther Conan Doyle are all available.  The Canadian branch of the site, Gutenberg.ca, has already taken advantage of our life+50 copyright and posted a copy of Ian Fleming’s Goldfinger.

A part of me wants to buy Fleming’s books, scan them, and post them on a Canadian web site while I still can – unfortunately, this site is hosted in the US, so you won’t see them here.

Here is a story that is unusual in that it illustrates both the importance of traditional media as well as the ability of the Internet to empower an individual.

Our federal government is a massive institution – our 2010 budget had the Canadian government spending 280 billion dollars despite only pulling in 230 billion dollars from its 33.5 million residents (source).  There are many opinions on deficit spending, but I’m sure for most of us, we just kind of accept what our elected representatives put on the table.  We might complain amongst our peers,  45% of us vote, some write our local newspapers or directly to their MPs.

An IT professional in Nova Scotia by the name of Drew McPherson has decided to take a more active role by highlighting the decisions being made about how our money is being spent.  He’s working to improve the transparency of a politically visible component of the federal budget: travel and hospitality expenses.  The federal government is obliged to disclose this information, but not in a useful or easy to analyze format.  Mr. McPherson uses his IT skills to collect and aggregate all expense information across various sites, and place it on his own, in a useful format.

A site like this isn’t something you’re likely to stumble on, unless you happen to be researching government expenses yourself, which is where I have to thank Macleans magazine for drawing my attention to his work: http://www2.macleans.ca/2010/08/25/high-flying-civil-servants/print/

Greater transparency of the system should lead to better spending by our representatives. 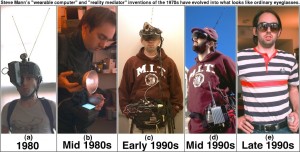 Not in a good way, or the way you might expect.

Not too long ago, when you bought a phone or a portable CD player, you would decide what functionality you wanted and bought the coolest looking device that fit your budget.  You were likely re-keying every phone number into your mobile’s address book no matter which one you bought.  So its 2004 and the battery in your Nokia phone no longer holds a charge – you go out and buy a Motorola Razr.

Now its 2010 and you’ve broken your second iPhone – are you going to go out and buy a Nexus One?  This time, its different.  You’ve got 10 puzzle games, that noise making app, and hundreds of dollars of music and video from the iTunes store.  You can’t throw that away.

Its starting to look like the 1980s again.  You buy a PC running MS-DOS to run Lotus.  And then you buy WordPerfect.  And then you can’t switch, because you’ve got so much invested in the PC platform, that you just buy a newer, faster one.  And before you know it, Bill Gates becomes the richest man on earth selling operating system licenses.

Perhaps its still early enough in the mobile platform game that Google can make a run at it with Android, or if everyone at Nokia and Intel crosses their fingers at the same time, perhaps they’ll pull it off with MeeGo.  If I were behind these two efforts, I’d take a look at what Palm attempted to do with WebOS, and attempt to get my system to work with iTunes.  Take a look at this fun column written by Joel Spolsky on how to take on an established competitor. 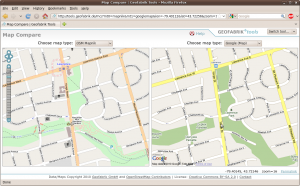