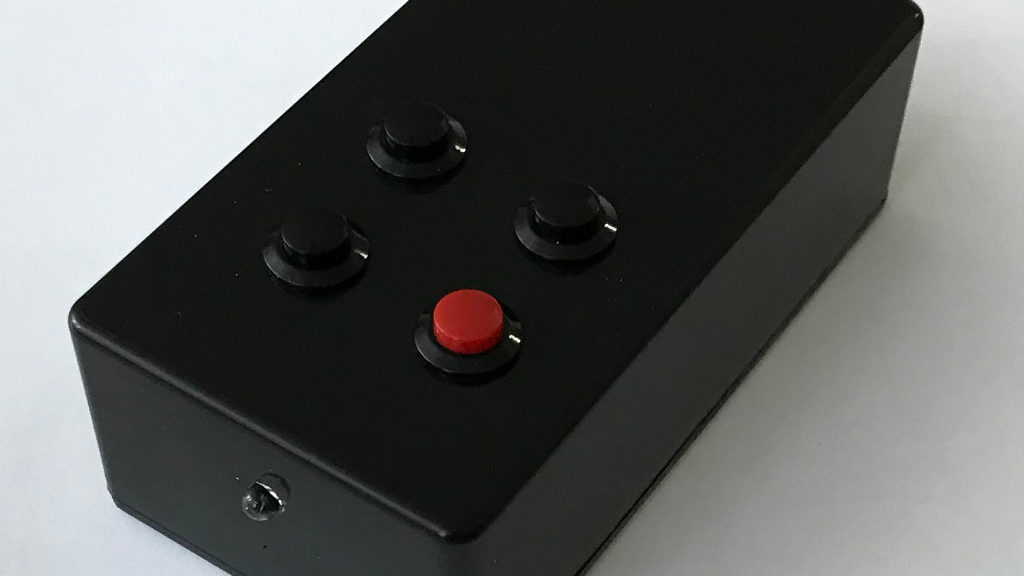 After only a couple of uses, I decided the Alexa-powered TV remote I built earlier this year was not very useful. In my experience, there are few cases where voice control makes sense, and powering on my TV is not one of these cases. So I set out to build my own remote.

I built my own Arduino on a prototype board, using a circuit I had used before, the RRRRRRRRRRBBA really bare bones Arduino design. As I want it to last for a while on a set of batteries, I wired the buttons into an interrupt line. The micro-controller is programmed to be in sleep mode until a button is pressed, and then it wakes up, and sends the corresponding signal to the infrared LED. It will be interesting to see how long the batteries last – I’m hoping at least 6 months!

I picked out a project box and some interesting buttons at my local electronics shop. The buttons are quite deep, which doesn’t lend itself to a thin remote. My remote has 4 controls: Power, Mute, Volume Up, Volume Down.