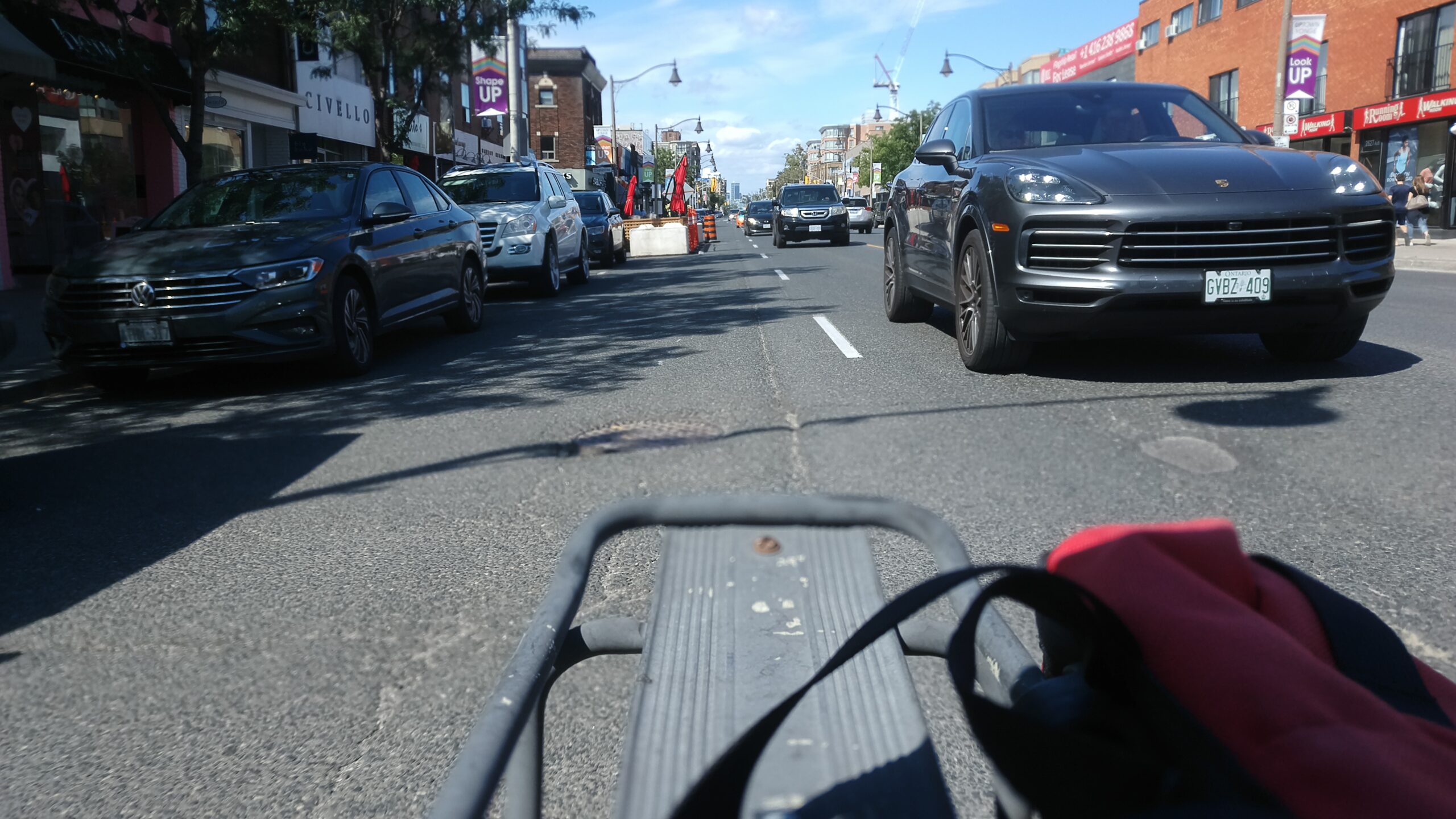 I acquired the Luxonis Oak-D AI accelerated camera to experiment with different image sensors which could potentially address my image quality challenges, stereo vision/depth sensing provided interesting capabilities, and the AI acceleration to increase the speed. This spring, I mounted it to my bike and started capturing images on my rides.

I had issues with my Pi 3 – it would stop running reliably after a minute or two – I suspect it had been damaged by vibration from previous rides, being strapped to my bike rack. I acquired a new Pi 4, and was up and running again.

Initially, with the Oak-D setup, I had a lot of the same image quality problems I was having with the Pi 1 and 2 cameras – lots of out-of-focus images, the camera just kept on trying to focus, which is a hard problem with taking photos in moving traffic on a bumpy bicycle ride. My application would also crash – this turned out to be due to filling buffers – I was writing more data to my USB thumb drive than it could handle. I ended up getting acceptable results by reducing my capture speed to 2 fps, recording at 4056×3040, turning auto focus off, locking the focus at its 120 setting, and setting the scene mode sports, in the DepthAI API as follows:

With these settings, images are focused in the narrow range where it’s possible to read a license plate – when cars are too far back, the plates are impossible to read anyway, and it doesn’t matter if that’s out of focus. Luxonis will soon launch a model with fixed focus cameras, which should further improve image quality in high vibration environments. I hope to try this out in the future.

I wanted to build a library of images I could later use to test against various machine vision models, and potentially train my own. I posted a the question on the Luxonis Discord channel – their team directed me to their gen2-record-replay code sample. This code allows you to record imagery, and later play it back against a model – it was exactly what I needed. So I started to collect imagery on my next few rides.